For your sweet entertainment. 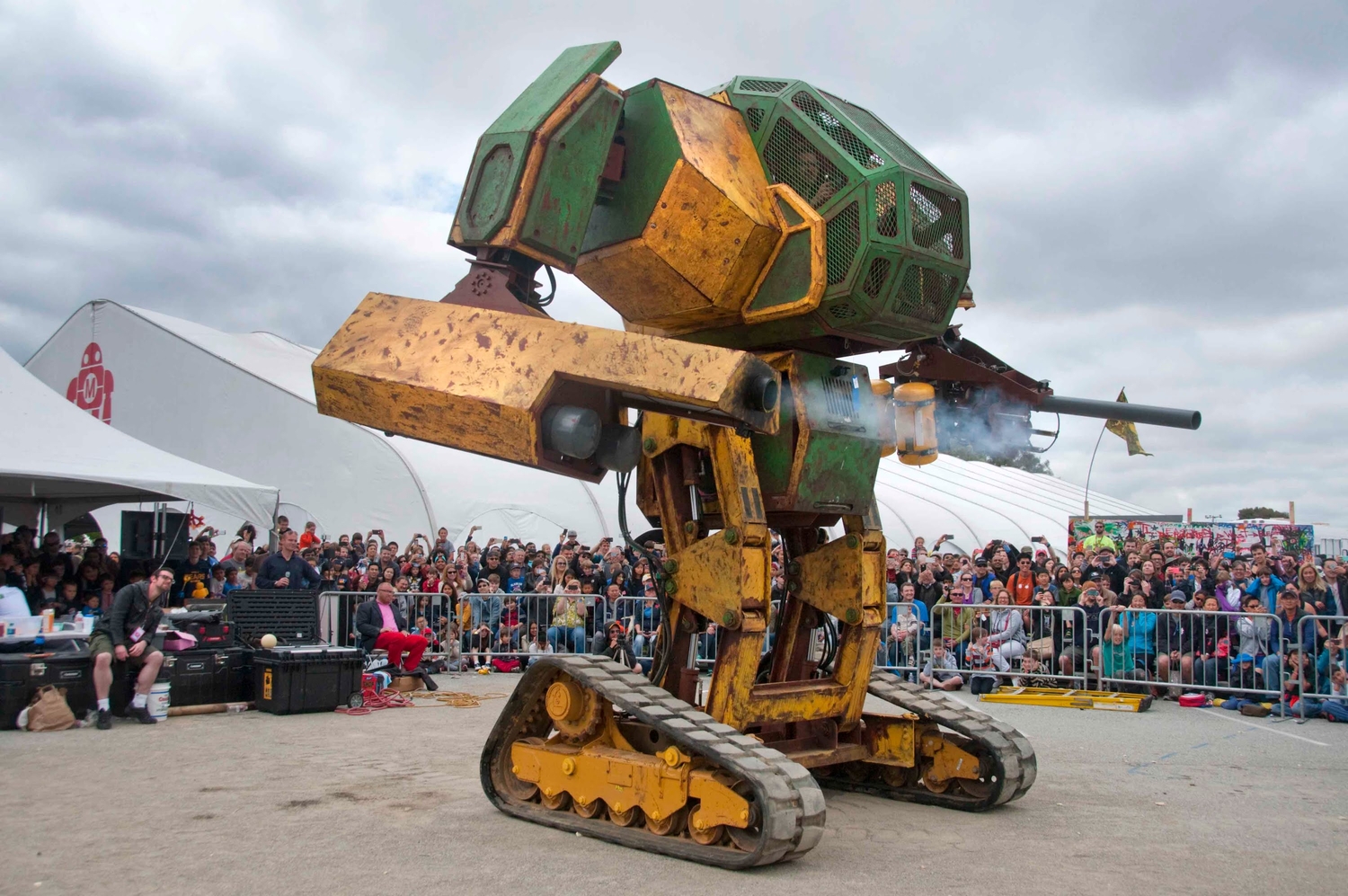 We have two giant robots duking it out ala Pacific Rim or Transformers. This is straight out of a Michael Bay flick

Forget the snooze fest that was the Mayweather-Pacquiao fight, this is the real fight of the century folks. The Japanese robotics company, Suidobashi Heavy Industries, who are behind the giant robot Kuratas has taken its glove off and accepted a duel challenge from American upstarts MegaBots.

This is just geek-overload-bliss for me right now. I can’t stop doing my spaz dance. Can you imagine what’s going to happen? We have two giant robots duking it out ala Pacific Rim or Transformers. This is straight out of a Michael Bay flick.

Unfortunately unlike most Michael Bay films this won’t have a humungous amount of explosions as the duel terms specifically mentioned that no weapons may be used. The robots are gonna have to stick to fisticuffs. No rocket launchers and no Gatling guns? Aww. That would have been so freaking awesome, man. But I guess that would have been way too expensive if one of the robots unfortunately exploded it would be a couple of million dollars burning in a blaze of glory. And what a sight that would be.

The MegaBot’s Mark 2 weighs six tons and is piloted by two capable operators. It also a cannon-of-sorts that is capable of rapidly firing paintball cannons at over 100 miles per hour.

On the other hand, the Japanese’s Kuratas boasts a lighter frame at 4.5 tons and also requires a pilot. Its arsenal is not any less awesome however as it packs dual Gatling guns and an advanced target system with its own heads up display.

I don’t think the details for this real fight of the century have been ironed out just yet. But I would pay good money to see that even if it was without weapons. Maybe it would start a trend like the World Robot Combat Championships or something. That should make more money than the NBA and the WWE combined (ok maybe not really, but here’s to hoping).

Forget 3D, 4D Is Already In The Works