Home > News > Uber Is Getting A Taste Of Their Own Medicine

Uber Is Getting A Taste Of Their Own Medicine

Uber, as the poster child of the so-called Sharing Economy, gets a lot of media attention and significant amounts of praise. This hasn’t stopped it from making enemies though. From taxi unions to disgruntled users and even national governments, many object to the way that the app allows its drivers to skirt decades of laws and regulations. But while the company seems to have no problem putting others out of business, it is now getting a taste of its own medicine.

For the first time ever, Uber drivers have gone on strike. Thousands of Uber drivers in New York and other places in the US have turned off their phones, and have pledged to stop driving, in protest at what they call unfair treatment by the company. This is unique, and alarming for the company which had previously escaped the problems caused by organised labor and a professional workforce.

Primarily, drivers are upset about recent changes by the company in the amount that it pays drivers. In June the company “temporarily” introduced its cheaper Uber X service, only to then decide that this new pricing would be permanent. At current rates, the striking Uber drivers claim that they are unable to earn even minimum wage once costs are deducted. Current pricing, they feel then, is unsustainable. 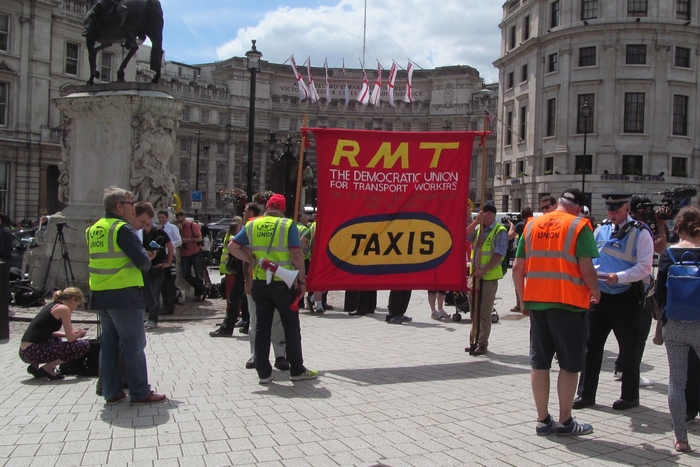 Uber’s Sharing Economy business model causes unique problems for its professional drivers. As each individual ride they take is considered an individual contract with the business, the drivers have very little rights within the company and indeed have to fully cover all forms of costs, such as fuel, maintenance and insurance.

Or course Uber was originally envisaged with more casual drivers in mind, but in the time since, has evolved to be something rather different. As a majority of drivers are now heavily involved in driving for the app, many could be considered full time employees. Despite having none of the rights similar regular taxi drivers, the fact that they make up a majority of Uber drivers, now gives them the ability to fight back at the company through organised labor action.

It will be interesting to see how the company seeks to respond to this strike, as if similar strikes will follow in further locations, it could potentially cripple the app.