The next generation of console gaming is here, but which console is best? 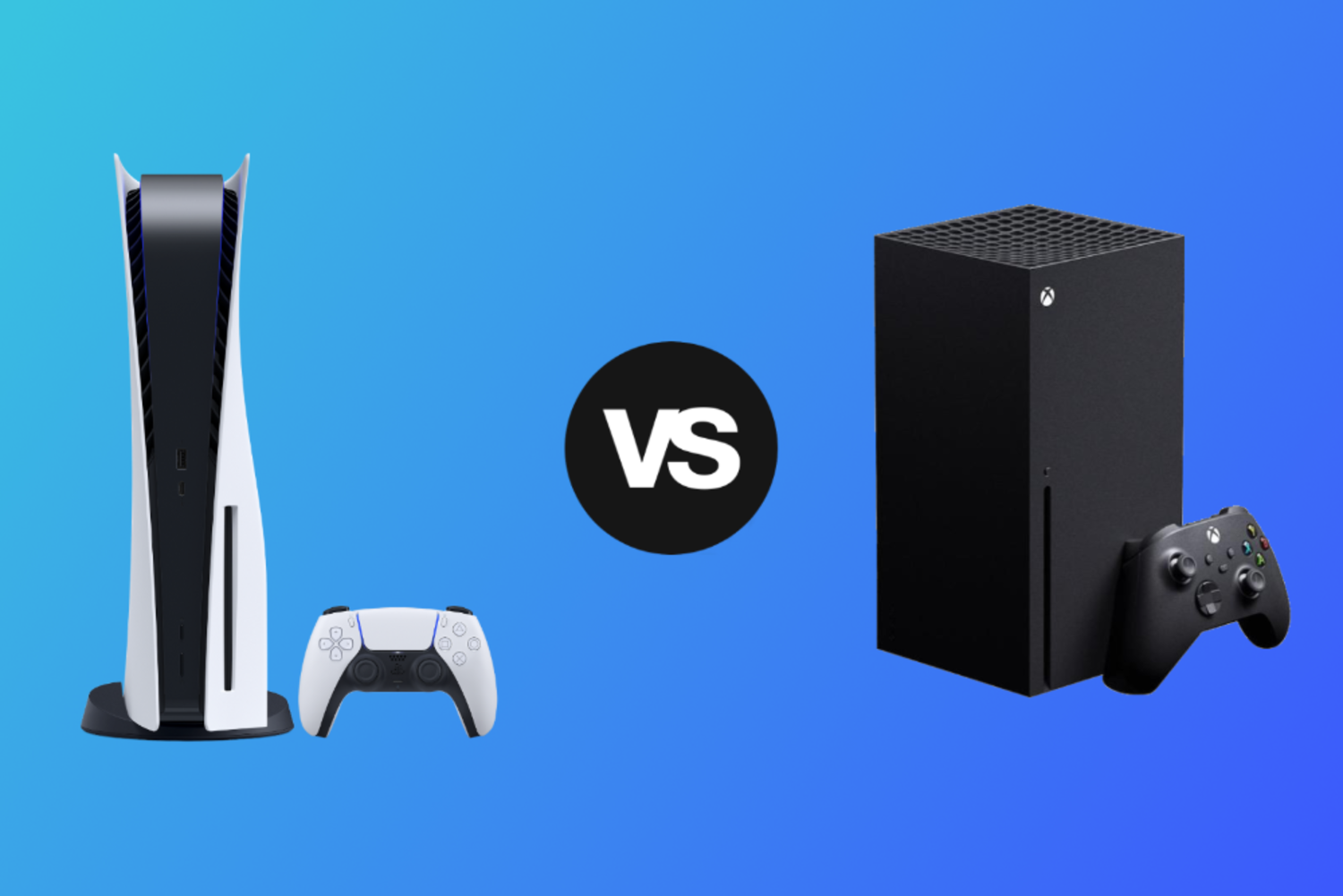 Despite both consoles being released in the first half of November, Microsoft has put together a more-straightforward launch, giving them an advantage over Sony. The Xbox Series X (and Xbox Series S) will be released globally on the 10th of November.

Sony, on the other hand, has a staggered launch. The PlayStation 5 (and PlayStation 5 Digital Edition) will be released on the 12th of November in the US, Canada, New Zealand, Australia, Japan, Singapore, and South Korea. The rest of the world will have to wait a week longer, with the next stage of the rollout set for the 19th of November. Even that doesn’t cover every country, though. There is still no word on when Sony will release the PlayStation 5 in China or South America.

In terms of the CPU, there's not much separating the two. Both the Xbox Series X and the PS5 utilize an 8-core processor based on AMD’s Zen 2 architecture. The difference here comes down to clock speed, with the Xbox clocked at 3.8GHz and the PS5 at 3.5GHz. Although the Xbox looks to have an edge, the small difference in clock speed is unlikely to significantly impact gaming performance.

Although the GPU (graphics processing unit) on both machines is based on the AMD RDNA architecture, there are key differences. The Sony PS5 has its GPU clocked at 2230 MHz, whereas the Xbox Series X GPU is clocked at 1825 MHz. Although that initially sounds like a win for Sony, the PS5 GPU has 36 compute units (CUs) compared to 52 on the Series X. The result is that the Xbox Series X has more raw computing power (measured in teraflops) than the PS5.

Often referred to as floating-point performance, the Xbox Series X is capable of 12 TFLOPS, whereas the PS5 puts out 10.28 TFLOPS. Without going deep into tech jargon, TFLOPS is a measurement of the trillions of mathematical operations a GPU can perform every second.

Although it is not the only thing that determines a console’s performance, this could result in an advantage for the Xbox Series X. Until more games are released for both consoles, though, we can’t know for sure.

One thing is for sure, though, these next-gen consoles are far more powerful than their predecessors: the Xbox One and PS4 GPUs are capable of 1.31 TFLOPS and 1.84 TFLOPS, respectively.

This potentially gives a significant advantage to Sony, should developers utilize this extra performance. For example, in open-world games, developers could create more complex, detailed landscapes on the PS5, as it can load around twice as much data each second compared to the Xbox Series X.

One of the simpler things to compare between the Xbox Series X and the PlayStation 5 is the size. Microsoft went for a boxy design that measures 301mm x 151mm x 151mm. Sony’s design is a bit more unconventional (and bigger), measuring 390mm x 260mm x 104mm. Both consoles can be stood upright or laid on their sides, but whichever you go for, you might have trouble fitting it into your TV cabinet. 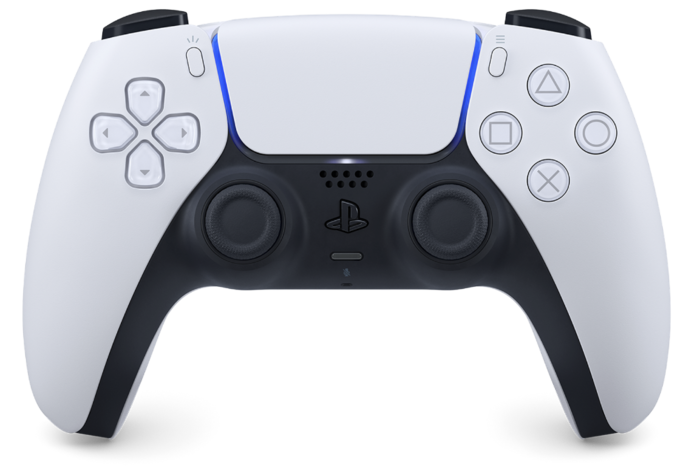 When it comes to the controller, Microsoft hasn't made any innovations this time around. There’s a new share button and some small design tweaks, but that’s about it. One plus point is that if you’re coming from the Xbox One, your controllers will work with the Xbox Series X.

Sony, on the other hand, has put a bit more effort into their new controller. As well as improvements in ergonomics, there is advanced haptic feedback for more immersive gameplay.

The most impressive feature, though, is Sony’s new adaptive triggers. Special motors within the DualSense controller can adjust the tension required to pull the trigger buttons, creating a more immersive gaming experience. For example, you could feel the triggers becoming harder to press as your character sprints and becomes fatigued or feel a different tension depending on what weapon you are using in an FPS.

Whether you go with the Xbox or PS5, you can expect great new features to elevate your gameplay. Many of these new features are available on both, yet some are exclusive to each console.

Both consoles can output at 8K resolution, although the vast majority of games will be in native 4K resolution. If this doesn’t sound like much of an upgrade over the last generation, it’s worth pointing out that nearly all of the 4K titles for the Xbox One and PS4 were actually upscaled 4K, rather than true 4K resolution.

Another big advantage is that these consoles support up to 120 frames per second (fps), providing silky-smooth gameplay. In contrast, the Xbox One and PS4 games were almost exclusively capped at a meager 30fps.

One of the most significant enhancements of this generation is ray tracing. Previously limited to only high-end Nvidia graphics cards, it’s now being brought to a larger audience with support from both the Xbox Series X and PlayStation 5. What is ray tracing? Put simply, it’s an advanced lighting technique where the path of individual rays of light is calculated by the GPU, resulting in incredibly realistic lighting, shadows, and real-time reflections.

The Xbox Series X and PS5 both support 3D audio, which uses advanced algorithms to process sound on a scale not seen (or heard, we should say) before in console gaming. Whereas previously, sounds became louder or quieter to simulate a change in position, 3D audio allows for hundreds of individual sound sources to be processed at once — creating an unprecedented level of audio immersion. In fact, Sony is so confident with their system that they believe a player will pinpoint individual raindrops.

Although both consoles provide backwards compatibility, the degree to which you can play old games depends on which system you opt for. Microsoft has always had the advantage here, and that’s still the case this time around. Although it doesn’t cover every title, the Xbox Series X (and Series S) can play games spanning four generations, all the way back to the original Xbox. 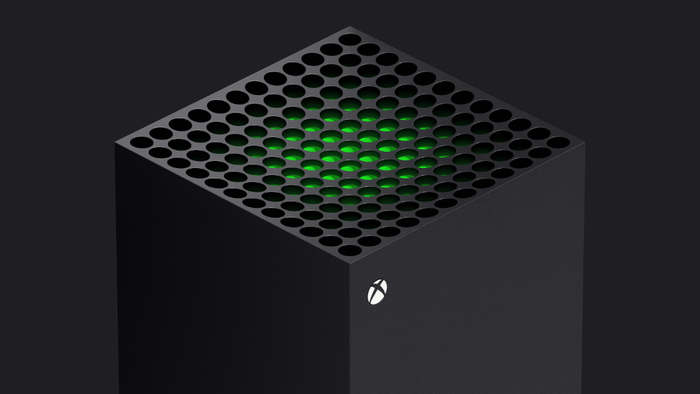 Although most people opt for streaming services these days, those who prefer physical format multimedia will be glad to know that the Xbox Series X and PlayStation 5 both sport a 4K Blu-ray (also known as Ultra HD Blu-ray) disc drive. If you decide to buy a PlayStation 5 Digital Edition or Xbox Series S, you should be aware that neither come with a disc drive.

Two big features that are exclusive are Quick Resume and virtual reality (VR). On the Xbox Series X, gamers can enjoy the new Quick Resume feature, which suspends game states and allows you to switch between several games at once with practically no loading times.

As with the PS4, the PlayStation 5 supports VR. Although there hasn’t been any announcement regarding a new VR headset from Sony, the new console is compatible with the PS4’s PS VR headset. If you’re into virtual reality gaming, Sony is the obvious choice, as Microsoft hasn’t announced any plans to support VR.

Xbox Series X vs. PlayStation 5: Which should you choose?

With the consoles only making their way into fans' eager hands this week, it remains to be seen which will take this generation’s crown. On paper, there’s not a huge amount separating them. Slight advantages in CPU speeds and GPU power favor the Xbox Series X, whereas the blistering speeds of Sony’s storage solution could give it significant gains, should developers utilize it.

As with the last generation, it could ultimately come down to the games and developer support. As it stands, the PS5 looks like it will receive more exclusives than the Xbox Series X, but only time will tell. Already confirmed exclusives include Final Fantasy XVI for the PS5, and of course, Halo Infinite for the new Xbox.

It’s likely that with either console, gamers will have an incredible experience that blows away the performance of the last generation’s consoles. Both the Xbox Series X and PlayStation 5 offer stunning graphics in native 4K resolution, variable frame rates of up to 120 fps, beautifully-rendered lighting effects, and an immersive audio experience. Whoever comes out on top, the future of console gaming looks bright.