Yes, We Admit it. The G Watch is Boring.

With Android Wear wearables have come of age. At least in terms of software design. The problem now, is attractive hardware. While the G Watch and the Moto360 were the first devices to be announced on the new platform, we have still only really seen the G Watch in any detail. As a consolation prize however, we were given the ‘Gear Live’: a Samsung smartwatch running the Android Wear operating system.

It is a shame then, that both of these phones are uninspiring and dull…

While specifications, software and battery life are important, manufacturers need to realise that wearables, if they ever succeed, need also to be fashionable. The Gear Live’s blocky construction is beholden to all of the same criticisms of the earlier Gear models. In essence the device’s plastic construction gives the feel of the cheapest plastic watch, while at the same time offering little in the way of self expression.

The G Watch does not have the feel of a luxury timepiece.

LG on the other hand at least have tried to put some effort into a new form factor. Despite this though, the end product is a utilitarian square, protruding oddly from its wristband. While not looking quite as cheap as the Gear Live, the device nonetheless does not give a wearer the feel that they are wearing a luxury timepiece. Clearly, some effort has been put into the band selection, but once again they do not approach the metal or leather wrist band in terms of style and class. 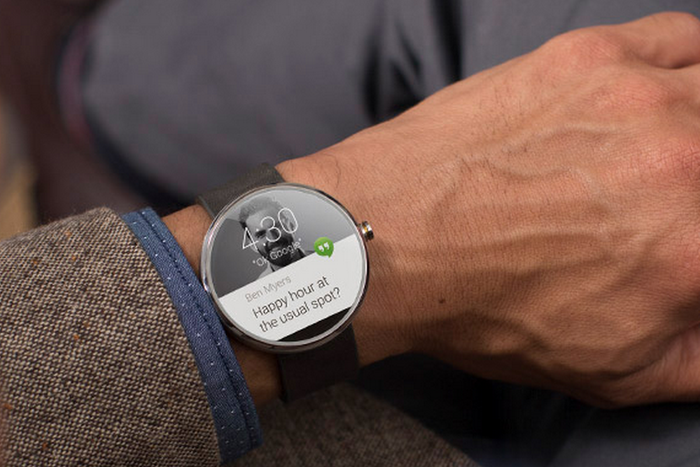 With all of this in mind, it is with a heavy heart that we say we will just have to keep waiting. No, not for the iWatch (if it ever comes), but for the Moto360. While in the past Motorola has made design mistakes which cost it dearly, from what we have seen of the Moto360 we are still very excited.

Most notably, Motorola, now owned by Lenovo, has put serious amounts of effort into creating what is first and foremost a luxury watch, and only a smartwatch second. From the round clock face to the metal exterior finishing, all the way down to the leather wristband, everything about the Moto360 screams of a high-quality product for powerful people. The only downside? The wait.

The Moto360 is slated for a summer 2014 release, so hopefully it will go on sale sooner rather than later.