You Can Now Play Life Sized Snake At Kings Cross 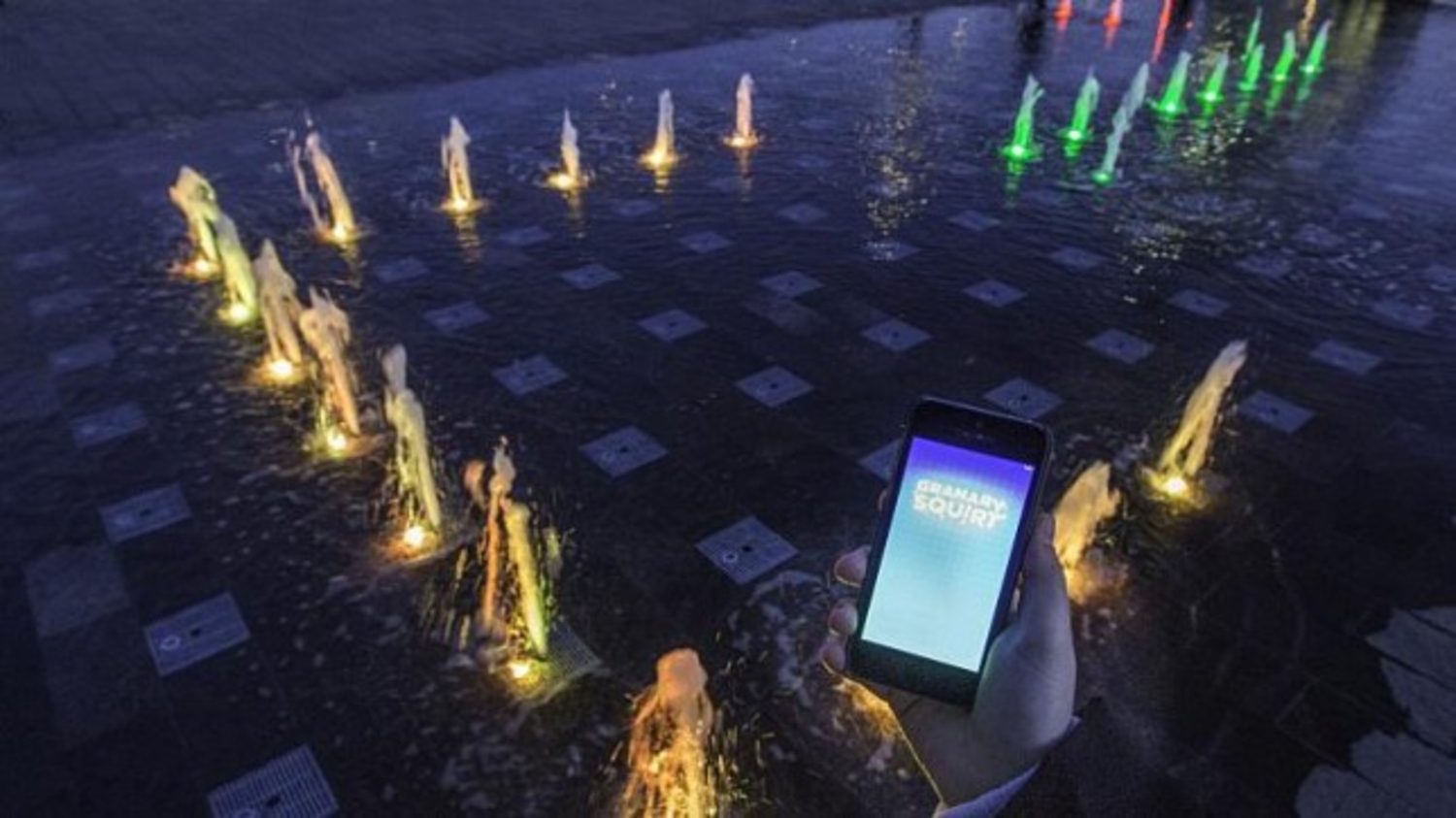 Everyone that received their first mobile phone in the 1990s will have a fond memory of playing the game Snake on their old school Nokia phone, way before the invention of touchscreen and smartphones. The Nokia 3210, perhaps the most famous of all the original “brick” phones, first received Snake in 1998, but before that Snake had been a popular arcade game since the 1970s. But Snake proved to be an addicting favorite on the mobile phones, and London is attempting to revive the traditional.

Creating a large-scale version of the game, at the King’s Cross fountains, gamers download the new app called Granary Squirt, which connects to the Cloud WiFi, which then allows them to compete with up to seven other users at a time. The snakes will take the form of brightly colored water jets, and will slide across the fountain and increase in size the longer the users avoids death, which happens when a snake collides with another users snake, or a different obstacle, like the edges. Users simply tilt their phone forwards for the snake to move in the same direction, and when tilting right the snake turns right, etc.